Kaddu Emmanuel is a 6-year-old orphan from Kamugombwa Village, Ssazza Parish. He lost his father and now stays with his mother Ms. Nakiweewa Agnes. He was born with Varum deformity (Rickets). 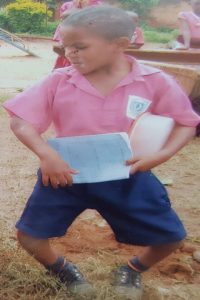 The condition of the boy after birth was a great shock to his family. Interventions were undertaken to correct the deformity but it was all in vain as different clinics were approached and the treatment given could not solve the problem. Coupled with financial challenges, his family could not shoulder the rising needs for his treatment.

Unfortunately, his father also passed on, living the entire responsibility to a single mother. Emmanuel and his mother were disowned by their paternal relatives because of a land wrangle in the village where they were staying. They were chased away from the land they were occupying and moved into a one-room dental house in Ssaza trading center (slum), 40 Kms away from the village. She started her new life as a banana vendor in the market.

Meanwhile, the disability of her little boy was growing. He was facing hardships in movements especially as he walked to School which was about 5Kms away from his home. He was also experiencing severe pain in the joints. He was a source of laughter to his peers, and all that people could do, was to sympathize with him but offered no solution the clear the deformity.

However through the community sensitization done by the Rehabilitation team of St. Vincent Pallotti’s Initiative for PWDs at St. Bruno’s Parish Ssaza, one of the Parishioners who participated in the sensitization meeting informed the mother of Emmanuel about the Program for PWDs in Masaka Diocese. 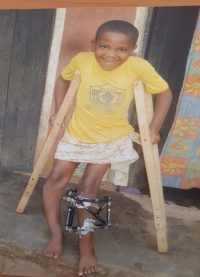 Emmanuel underwent a series of surgeries

She was connected with the Social Worker of St. Vincent Pallotti’s Initiative for PWDs. Needs assessment was carried out for Emmanuel by the social worker. Because of our partnership with CoRSU, he was included in the CoRSU – CBR program.

Emmanuel was taken for a medical assessment at CoRSU. He was recommended for Orthopedic surgery to start the process of rehabilitation.

Emmanuel underwent a series of surgeries, treatment and physiotherapy. 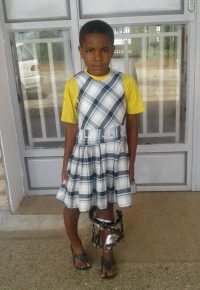 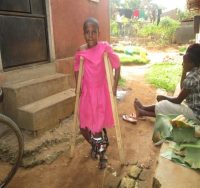 Emmanuel at his home at Ssaza

Emmanuel and his mother received counseling from the Pallotti Rehabilitation team through routine home visits together with the community. Emmanuel participated in the community sensitization during school disability awareness at St. Bruno Parish. Engagement in these activities helped him and his mother to regain self esteem and think positively about his condition which helped them so much to heal psychologically. The community and school community learnt to accept children with disabilities. In the process of rehabilitation, the teachers also included him in the school programs. (Inclusion)

Emmanuel responded well to the surgeries received and the treatment given yielded positive results. His deformity was corrected.

He can now walk freely and associate with his fellow age mates, classmates and the entire community. He can now walk to school, put on his clothes, play games and looks smart just like other children. 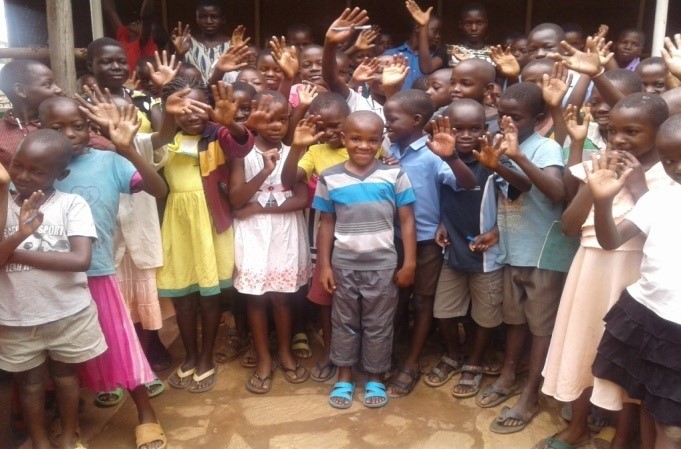 Emmanuel (Center) received by his fellow Catechumens when he was brought by his mother for Catechetical instructions. The Catechumens waving to the mother of Emmanuel

Emmanuel’s mother is delighted by the condition of her son. The deformity was a source of ridicule in the community, but now it is no more. She is so grateful to the Almighty God for the program of St. Vincent Pallotti’s Initiative for PWDs at Kitovu, Masaka Diocese. She is also so thankful to the entire rehabilitation team at CoRSU for the great work.

The community cannot recognize Emmanuel. They knew him as one with bow legs (Rickets)