Passy Kisaakye is a 4-year-old girl from Sanje village in Rakia District. She was involved in an accident while playing with her friends. She fell down and had a fracture of her right leg. She was taken to the nearby Health Center by her mother where she received medical treatment. She thought this would help her daughter to fully recover. Unfortunately, after some time the swelling reappeared and she started experiencing pain once again. She was taken back to the health centre but the condition of her leg was still getting worse. Her mother got so worried, thinking that her daughter had developed cancer. However, her biggest challenge was lack of funds to seek for appropriate medical treatment. 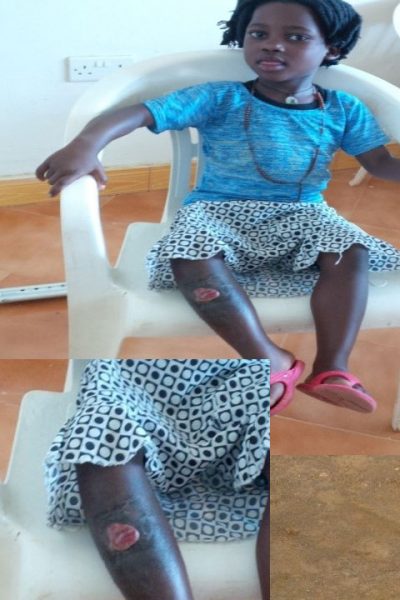 During Sunday prayers at Kasozi Catholic Church in Rakai, Passy’s mother approached Rev. Fr. Raphael Tebukoza, one of the priests at the Parish, to seek for assistance. It is Fr. Raphael who informed Passy’s mother about St. Vincent Pallotti’s Initiative for People with Disabilities, Kitovu. Fr. Raphael contacted Sr. Gertrude about Passy’s condition. Sr. Gertrude invited Passy and her mother to the centre for assessment by the Orthopedic officer.

On the day of the clinic, Passy and her mother turned up so early and she was assessed by the orthopaedic officer. It was found out that Passy was suffering from Osteomyelitis which can be cured through surgery. Her mother received this message with a sigh of relief having ascertained that it was not cancer affecting her daughter. To prepare her for surgery, Passy had to first undergo manipulation and casting (POP) to protect her infected leg from further infection as she waits for surgery. This was done at the center at Kitovu. 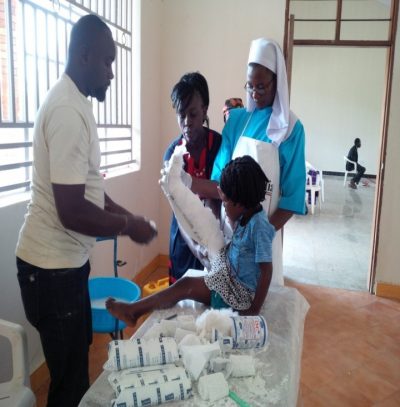 Passy being attended to by the orthopaedic officer at the centre.

After the manipulation process, she was referred to CoRSU Rehabilitation Hospital for further medical examination and surgery.

At CoRSU, the Doctors examined the condition of Passy’s leg and confirmed that she was ready for surgery.

She was booked for surgery and had it conducted immediately. Her surgery was successful. She was also provided with external fixators and crutches to help her in mobility as she recovers.

She is currently undergoing medical reviews and physiotherapy. 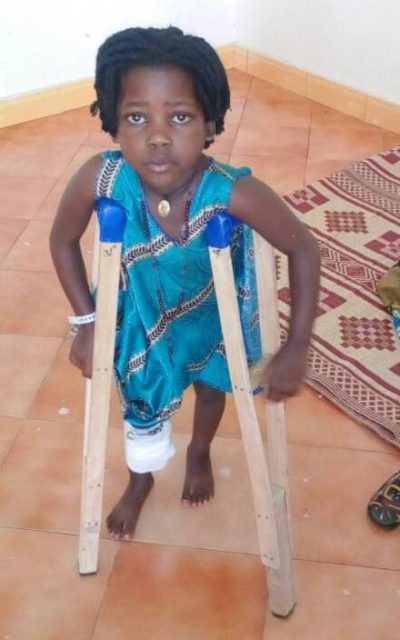